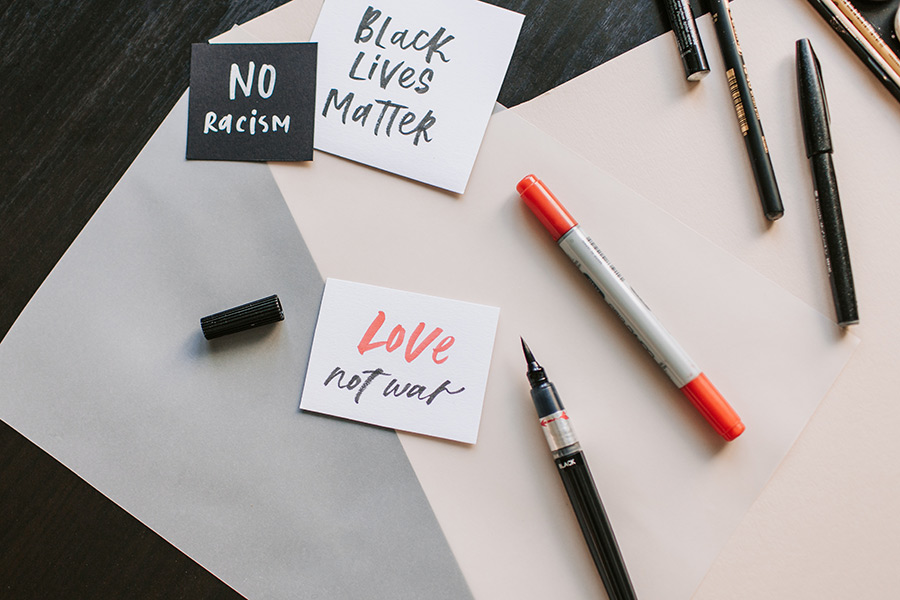 In today’s digital age, brands are feeling pressured to take a stand more than ever before. Unlike traditional consumers who may have prioritized price or convenience, today’s consumers – specifically millennials – are belief-driven and want to see brands improve the world and make a profit. As a result, companies are having to rely more and more on marketing strategies than ever before.

Companies have real opportunity to take a stand, if they do it correctly. As consumers become more vocal on social issues, they are also looking at the companies they purchase from to do the same.

For example, Nike took a stand in 2018 with its campaign celebrating former NFL star Colin Kaepernick’s right to protest racial injustice by kneeling during the National Anthem. Despite early predictions, the campaign seemed to have only helped Nike’s brand image and reportedly boosted sales growth by 31 percent.

Nike CEO Phil Knight spoke out on Nike’s bold stance saying, “It doesn’t matter how many people hate your brand as long as enough people love it. And as long as you have that attitude, you can’t be afraid of offending people. You can’t try and go down the middle of the road. You have to take a stand on something, which is ultimately I think why the Kaepernick ad worked.”

Another example of a brand taking a stand is designer retailer Tory Burch who launched a foundation in 2009 supporting women’s empowerment and entrepreneurship. The foundation provides resources and tools to level the playing field for women entrepreneurs and help them grow their business. Additionally, the foundation hosts an annual summit titled, Embrace Ambition which this year focused on “Challenging Stereotypes and Creating New Norms.”

Founder Tory Burch says the brand was established with a founding principle to be purpose-driven and knew that a foundation would be a big part of that. “We did not anticipate the foundation impacting our bottom line, but interestingly, it has been very positive for the business,” said Burch. “The foundation is incredibly important for customers who care deeply about giving back.”

However, taking a stand gets tricky and companies must be prepared for backlash. A perfect example of taking-a-stand gone wrong is Pepsi’s 2017 campaign featuring Kendall Jenner. Commentators across social media platforms criticized Pepsi for trivializing the Black Lives Matter Movement and accused the company of, “appropriating imagery from serious protests to sell its product, while minimizing the danger protesters encounter and the frustration they feel.”

Pepsi pulled the campaign and famously apologized saying, “Pepsi was trying to project a global message of unity, peace and understanding. Clearly, we missed the mark and apologize. We did not intend to make light of any serious issue. We are pulling the content and halting any further rollout.”

In the end, the campaign goal is the ultimate impact. Anything less than the goal will be viewed as tone deaf, called out and criticized by commentators who are so passionate about the topic your brand used to take its stand.